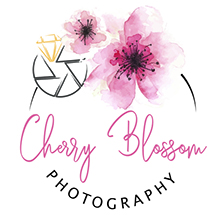 This story starts sometime late 2012 in Mrs. Weaver’s English class. Ariel was your average High School senior taking it easy as a Teacher’s Aid, while Lucia was a student in the class. Lucia wasn’t Ariel’s biggest fan, assuming him to be an arrogant jock. Fast forward several years while Ariel and Lucia are attending college, they find themselves reconnected over a cup of Starbucks coffee discussing potential volunteering opportunities. Really hitting it off, they decide to keep in touch even after Ariel sets forth on a 10-week European journey. Though communicating from another continent proved its challenges, Ariel kept Lucia up to speed via Skype, photos, and the occasional post card. Both feeling the un-denying chemistry they shared, they started a committed relationship upon Ariel’s return to the states in November 2014; this is when the true adventure began. – ” Lucia Casa “
Big Thanks to all the vendors that made this special day magical